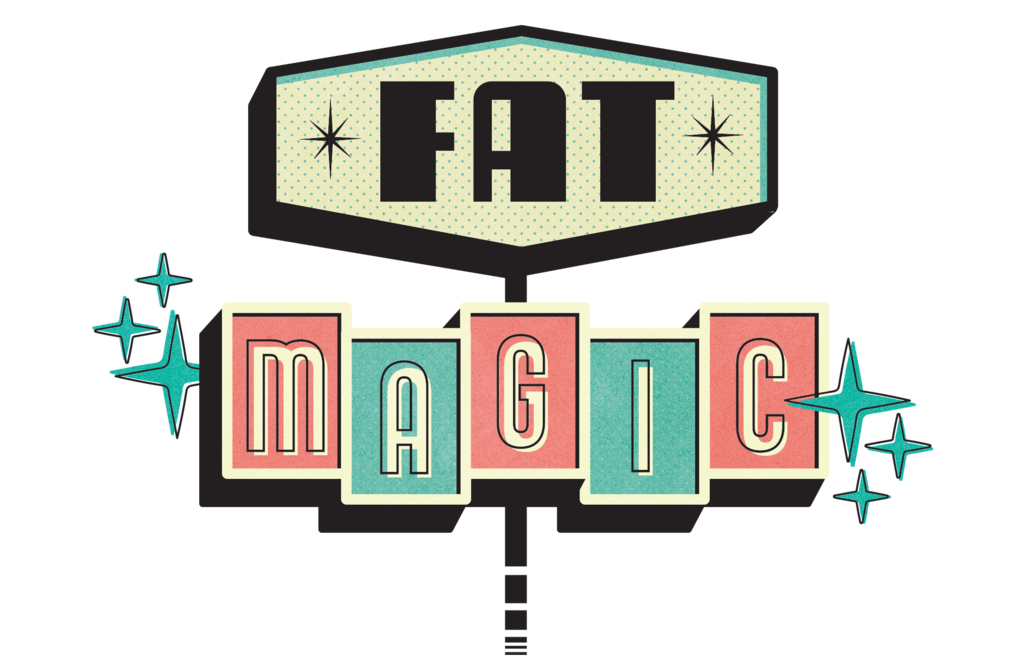 A fantasy adventure about food, community, and spaghetti wizards for 5th edition.

Latest Updates from Our Project:

What a trip! I can’t believe we’re just 24 hours from the end of the Kickstarter.

It’s been such a wild ride. I have been absolutely BLASTED by all your support. As I write this, with one day left to go, Fat Magic is $34,573 funded, with 610 backers.

That’s right, folks. We’ve unlocked EVERY SINGLE ONE of the community stretch goals including a BONUS subclass for the wizard, the Order of the Roasted Bean, which will be designed by Mitchell Wallace (Penny for a Tale)!

Fan favorites, including the Pact of the Celebrity Chef Warlock and Order of the Sweet Meat BBQ Paladin, have been added to the game. But the Pie Hard one-shot, the Way of the Fermented Grain Monk, and more are still within reach!

I’ll do a proper thank you to everyone after the Kickstarter has ended, but I wanted to do a quick shout-out to a few folks who joined our team towards the end of the Kickstarter.

Earlier this week, we released a special magic item made in collaboration with the incredible Shiny Press. It’s just a regular chef’s hat, so not much to talk about there.

Shiny’s magic items and monsters are some of the most creative 5e homebrew I’ve ever seen. Do yourself a favor and treat yourself to a sub to their Patreon.

Lex Kim Bobrow (@titanomachy) is designing subclasses for the book and doing a hell of a job of it. Two playtest versions of Lex’s off-the-wall Fat Magic subclasses are available to all backers right now. Subscribe to Lex’s Twitter for more of their hilarious and meticulously crafted subclasses.

Circle of the Domestic Root Druid

Pact of the Golden Hive Cleric

Amber Logsdon (@thespacejamber) came aboard to write some ad copy for Fat Magic. So, if my tweets have been slightly less unhinged lately that’s because some are written by a professional. If you’re looking for a writer or editor on your next TTRPG project, look them up!

Finally (I think I can announce this), Thirsty Sword Lesbians’ Hannah Templeton will be joining us to illustrate one of Fat Magic’s MAJOR NPC’s. Keep an eye out for more info about that after the Kickstarter has ended.

With less than a day left to go, this is your last chance to grab those addons at the Kickstarter prices. We’ll be opening a BackerKit pre-order store soon but, full transparency, we may tinker with prices on the pre-order site to accommodate BackerKit’s cut. So, If you have your eye on the Rad Vibes shirt or the Dice Tower, now is the time to act!

And, most importantly, I’m asking folks to help us get the word out one last time. We are comfortably funded right now, but I would love to put MORE art in the book and hire MORE folks in the indie RPG community to design MORE cool things for Fat Magic.

Any help you can give spreading the word in this final push would mean the world to me and the rest of the team. That said, regardless of what happens in the next 24 hours, you’re all incredible. If the counter stops and never moves again, I’ll still be the happiest person alive tomorrow.

My gratitude is immense and long-lasting.

As promised by the Fat Magic Twitter account, here’s a picture of my dog in a sandwich costume:

Look at how extra she is! So very extra!

You’re probably wondering why this isn’t a hot dog costume? I can only presume there was a major miscommunication at the conceptual level of costume development.

In non-dog-costume-related news, we’ve updated our Kickstarter menu to include add-ons!

If you have your eye on a tasty treat from a higher tier, or just want to grab some extras for your friends, now’s the chance to do so.

You can add the following rewards to your order:

$15 - Critical Alliance enamel pin. Identify yourself as a member of the powerful alliance of critics with this enamel pin designed by Amber Seger. (Design in production.)

(You may have noticed that we’ve slashed 50 cents off the price of the drinks cozy and dice bag since our last email. Turns out Kickstarter only allows you to price rewards in whole numbers and we’d rather lower the price than raise it.)

That’s all for today. I’ll be in touch soon with some WIP art, and updates about the design for the enamel pin!

We’re in the home stretch now.

With just five days to go, Fat Magic is $28,000 FUNDED. We’ve got some tasty stretch goals under the belt but there’s a smörgåsbord of delicious extras still on the menu.

(We’ve released a special playtest version of the honey cleric which you can play right now! Click to download.)

As of this morning, four of the wonderful one-shots designed by creators in the indie TTRPG community have been unlocked.

We’ve also unlocked custom Fat Magic character sheets designed by the one and only Amber Seger, so your characters will have somewhere nice and cozy to live.

The Rocky Road Ahead

The next few stretch goals have really got my soup simmering, folks.

We’ve got one-shots by Daniel “Drakoniques” Oleh (@Drakoniques) and Kimi Hughes (@goldenlassogirl). The Order of the Sweet Meat barbecue night is next on the menu. And the coveted Pact of the Celebrity Chef warlock is just $3,000 away!

We’ve got a slate of free content we’ll be releasing this week to make sure we knock down as many of these stretch goals as we can. But the more you help, the more of that sweet sweet stretch goal content there will be.

Shout from the rooftops! Tell your grandma! Learn to speak dog! There are five days left to back Fat Magic!

Shipping news has been slower than I would like. That’s because the entire global shipping industry is a complete mess due to Covid right now.

We’ve secured some estimations for shipping the book, but these are based on if we shipped the book in the absolute trash fire shipping environment of today.

We’re hoping the industry will be looking a lot better next year and rates will be lower. Our number one priority right now is securing the lowest prices for international customers.

(Estimations are an average for the region and subject to change as global shipping prices fluctuate.)

Five days, folks! Let’s do this!

Here's just a taste of what these fine folks have in store for you:

Few things are as decadent as the Duke of Bellington's candlelight suppers. The highlight of the dinner is always his Bellington Burger made with ankheg meat from the Black Sesame Mountains, buns from the grains of the Endless Plains, crisp gold leaf, and the duke's secret ingredient. Wealthy merchants and nobility pay absurd amounts for an invitation to his exclusive events.

You and your party are going to infiltrate the soirée, try the burgers (might as well!), rob the place blind, and, for the pièce de résistance, steal the duke’s recipe and reveal his secret to the world.

When you and your party were selected to be judges at the annual Coffee Fair, it sounded like an easy and fun way to spend an afternoon… But you’ll soon learn just how bitter and dark coffee can be.

On the first day of every year, stew elementals hold a grand celebration with dancing, drinking, karaoke, and most importantly, a massive hot stone cauldron full of sundubu jjigae.  Eating this spicy, soft tofu stew is said to bring a year of good luck—if you’re able to get a bowl. Rivals, old flames, and new crushes are all distractions from getting a bowl of that good-good lucky stew!

The small town of Bakerville is known for its sweet treats and even sweeter residents. But when renowned detective Sherbert Holmes goes missing investigating a string of disappearances in the idyllic town, it’s up to your party to follow a trail of breadcrumbs and make sure he makes it back in one scoop. The mystery begins with an alarmingly large, and surprisingly saccharine, footprint.

Featuring charming (and not-so-charming) NPC’s such as Dr. Jam Watson, Inspector Lestreudle, Moriartea, and Mycake Holmes, this one-shot calls for a pinch of mystery, a dash of cupcake combat, and classic detective twists as the cherry on top.

The party helps a renowned elderly food mage collect the rare ingredients for her final feast before she retires. Along the way, they uncover the details of her amazing history.

We've already funded two of the one-shots, as well as the Circle of the Root potato druid and Order of the Golden Hive honey cleric.  Next up are custom Fat Magic character sheets designed by the UNIMPEACHABLE Amber Seger.

If you want to help us hit all of these stretch goals, be sure to tell your friends about Fat Magic!

What can I say right now other than FAT MAGIC IS OFFICIALLY FUNDED!

We did it! You did it! It has been done! The state of doneness has been achieved!

I’m not going to lie, I’m doggy paddling in a sea of emotions right now. There’s still lots to do, so I’ll keep this brief.

I’ll be joined by @XanderSlamilton, @JamaicaSqueeze, and @pennyforatale in the hunt for the greatest band that ever seasoned the Bouillabaisse with its tasty jams. Tune in for a good time and some bad food puns.

I’ll be back with a meatier update soon, which will include the full list of new stretch goal one-shots written by folks in the indie TTRPG community.

Once again, thank you.